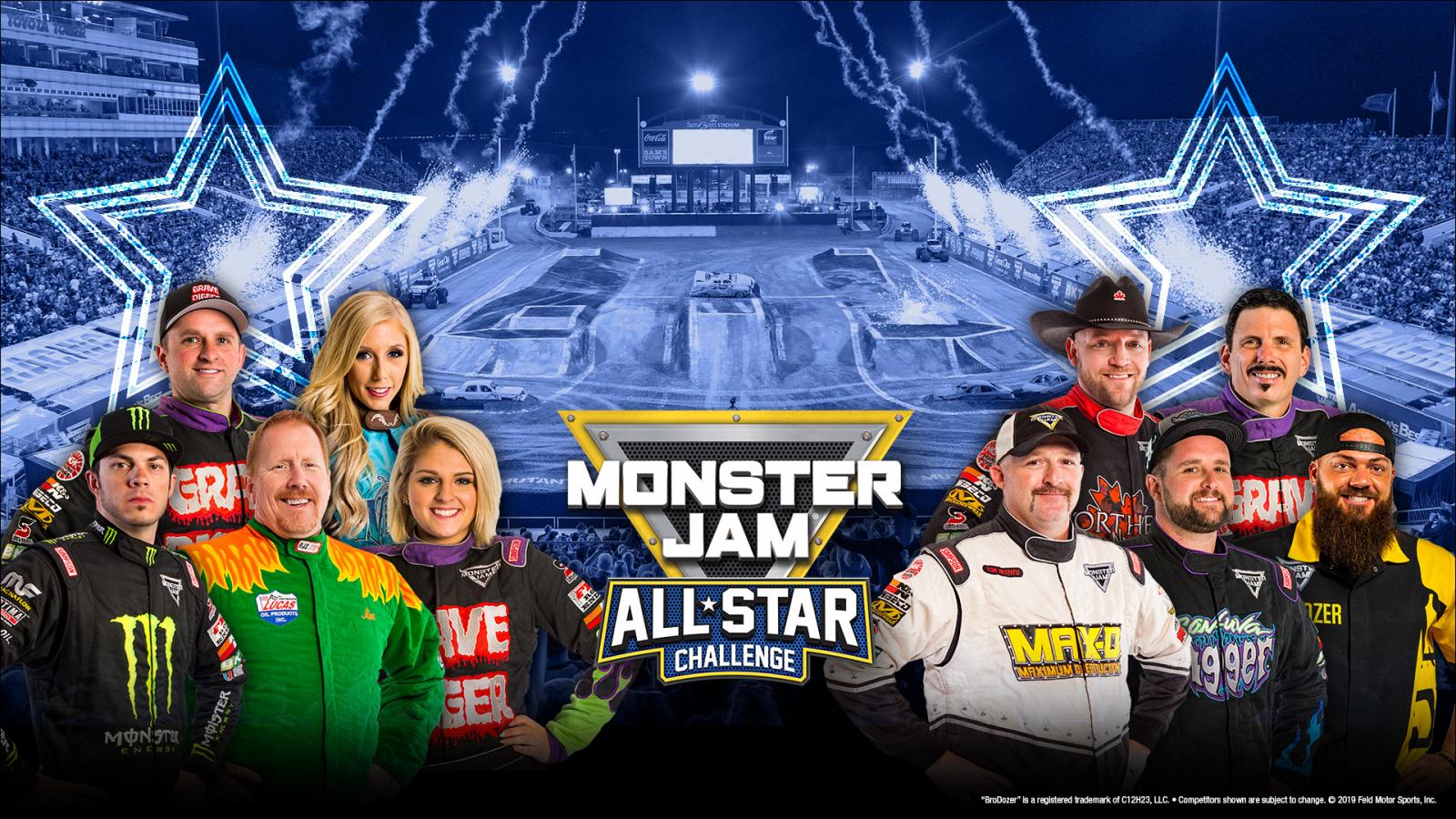 Monster Jam fans have stepped up to the challenge of picking 10 drivers to receive a bid to the inaugural Monster Jam All-Star Challenge at Sam Boyd Stadium in Las Vegas, October 11-12.

Each day, the fans could select up to 10 drivers from a field of 67 eligible competitors. The process, which began on May 20 and ended on June 24, brought in nearly 300,000 votes. There was some intense competition from start to finish, but the final tallies have been made and these drivers will be in the field.

Later this month, the 8 remaining competitors, who will be selected by the team captains, will be announced. In August, Team Fire and Team Ice will select the drivers to make up their respective teams.

Tickets are available for the 2019 All Star Challenge, which will feature two nights of Racing with Friday also including a “Best Trick” competition and Saturday closing with Freestyle. Event dates are October 11-12.